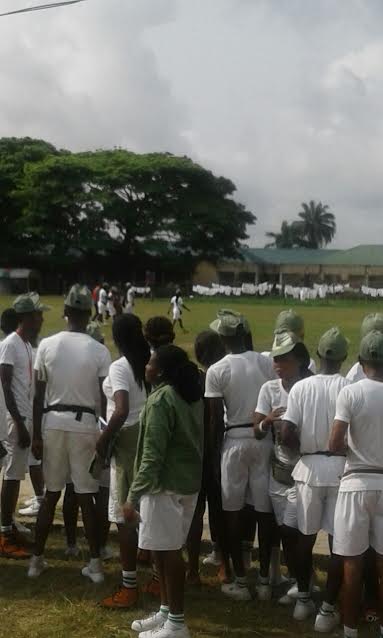 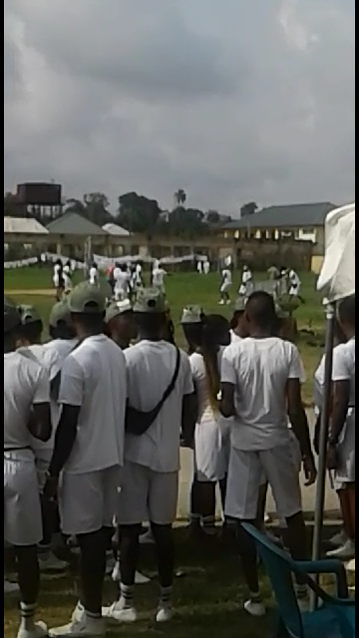 According to a source from the camp, Jumoke was asthmatic and had an
attack today. The state camp director, Mrs Loto while addressing the
news to the corps members this afternoon urged  them not to hesitate if
they aren’t feeling okay.

Above is a photo of corpers gathered as her corpse was taken away.