HomeNOUNNOUN VC Speaks on the university’s plans for 2017. [NYSC, Law students, others]
Share on FacebookTweet 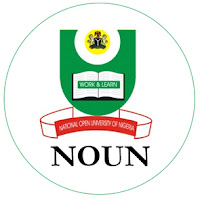 Professor Abdallah Uba Adamu
Professor
Abdallah Uba Adamu is the vice chancellor of the National Open
University of Nigeria (NOUN). In this interview with Daily Trust on
Sunday, he rolled out the university’s plans for 2017 and why its Law
graduates should be recognised by the Council for Legal Education. He
also explained why the institution would employ 50 PhD holders, saying
their graduates are eligible for the National Youth Service Corps (NYSC)
programme.

Heads
of government agencies have started rolling out their plans for 2017.
What should Nigerians expect from the National Open University of
Nigeria (NOUN) this year?

First of all, we are going to launch our new integrated website this
month. We are also hoping to streamline our 78 study centres across the
country. All of them have one problem or another. Some of them are
physical while others have to do with human capacity.

We are coming up with a very strong integrated approach in order to
ensure that we provide services to our clients much more effectively.
So, our hope for this year is that our study centres would be more
empowered and strengthened in order to operate at their full capacities.
We also hope to employ at least 50 academic staff, professors, doctors,
senior lecturers and lecturer I; all of them with PhDs. We no longer
employ any academic staff who does not have a PhD. The reason is that
NOUN is not a conventional university with classrooms where you can
employ a graduate to teach as an assistant lecturer.

We communicate with
students through a distance learning method. We have to write the study
materials, and this requires expertise and somebody who is good in
research, investigation and worthy in writing reports.

Currently, we have about 83 of our staff  members who are outside the
country or outside the campus studying for PhD in various fields, and
this is massively drawing on our resources. So instead of spending so
much money in training staff, we will rather employ readymade PhD
holders so that we can create a stronger structure. We are also hoping
to introduce more attractive courses. It doesn’t make sense to come up
with programmes that look wonderful on paper but not many people will
subscribe for it.

The NOUN is in disagreement with its internet service
providers, which led to the shutdown of its portal. What actually
happened?

When I took over, I discovered that our services were rendered by two
outside companies. These companies managed all our data resources,
handled the admission, examinations and posting. To me, it doesn’t make
sense to allocate massive resources to an outside agency or company when
you have competent hands within the system.

We have a Department of Computer Science headed by a PhD holder in
that field. We also have people in that department who are excellent
when it comes to web design and so on. We even sent some of our staff
for training in web design and internet technology. So it doesn’t make
sense that we have all these, yet we are out-sourcing to somebody else. I
thought the best thing was to look inwards and strengthen our capacity,
identify key people who are good and empower them with necessary
equipment so that they can come up with our own portal, and we have done
that.

Naturally, the companies are not happy with this development because
we have told them that we are going to cut off our relation because we
have our own portal. In June last year, we told them that by the end of
September we would close the agreement. We closed the agreement, but we
faced some problems because the data is still with them.  So we asked
them to bring it because based on the agreement we entered, if any of
the party decides to terminate the contract, they should hand over all
the data. But they refused, and that is the problem we are facing at the
moment.

Basically, the problem affects returning students. Those who have
already paid and done their registration are having difficulties in
accessing what we call wallet balance. They need to know their wallet
balance because they need to know how much is there; but the wallet
balance code is not with us, it is with these companies and they have
refused to bring it back to us. We are still negotiating with the
companies to see how we can get the code.

You also inherited a problem regarding Law courses. Were you able to address it?

What most people don’t understand is that the Act establishing the
NOUN made a reference to the fact that it is going to deliver courses by
correspondence. The Council for Legal Education is the agency
responsible for managing the Law schools, and it is only when it gives
the approval that the school will accept students and train them to
become lawyers. Apparently, the Council looked at our enabling law or
act and the word ‘correspondence’ and therefore, considered NOUN as a
correspondence and part-time institution and ruled that our students
from the Law Department would not be accepted into Law schools.

But that is not true because we are not a correspondence school and
we are not part-time. Rather, we are what is called Open and Distance
Learning (ODL). This is because students interface with lecturers. In
fact, in order to meet with the requirements of the Council for Legal
Education, we made it mandatory for our study centres to have classrooms
where Law lecturers teach students. So our students interact with
lecturers. We have mock courts in our study centres where students
simulate a court situation. The problem is that of policy and
understanding, but we are moving towards solving it. The National
Assembly has stepped into the problem and we are hoping that it would be
sorted out this year.

As far as the NOUN is concerned, we are mandated to produce Law
students, not lawyers because that is not our job. It belongs to another
agency outside the university. So technically speaking, it is not our
own problem, but because they are our students, we must ensure that they
land properly.

NOUN students are not recognised for the NYSC scheme. What are you doing to address this problem?

There is a link between the problem of the Law programme and the
NYSC. Statutorily, the NYSC doesn’t call people to serve if they are
doing courses that are considered to be part-time. Do you see the link?
The NYSC is also hanging on that belief, and therefore, sees NOUN
students as part-time students , but they are not. However, a bill is
before the National Assembly, in which we requested the lawmakers to
expunge the word correspondence and replace with ODL. The bill has
passed through the first and second readings and is waiting for the
third reading. By the time this bill is passed, I am sure the NYSC will
consider our students eligible for the one year national service.